— “One of the best horror-thrillers of the year”– Mae Abdulbaki, Screen Rant —

LOS ANGELES, CA — September 27, 2021 — (LATINX NEWSWIRE) — Searchlight Pictures’ psychological-thriller, The Night House, will be available on digital October 5 and on Blu-ray and DVD October 19. The film that critics have cheered as “intense” (David Ehrlich, Indiewire) and “leaves you breathless” (Meagan Navarro, Bloody Disgusting) is also Certified-Fresh on Rotten Tomatoes™ and arrives just in time for Halloween.

Reeling from the unexpected death of her husband, Beth (Rebecca Hall) is left alone in the lakeside home he built for her. Before long, disturbing visions of a presence in the house begin to beckon her with a ghostly allure. Yearning for answers, she begins digging into her husband’s belongings, only to discover strange and disturbing secrets.

Bonus features* include“What Happens at the Lake House”, a deep dive with director David Bruckner and the cast to unearth the secrets of The Night House. From the design of the mind-bending set to Rebecca Hall’s haunted performance, witness how this chilling mystery was brought to life.

The Night House’ stellar cast includes Rebecca Hall as Beth. Sarah Goldberg as Claire, Vondie Curtis Hall as Mel, Evan Jonigkeit as Owen. Stacy Martin as Madelyne and was directed by David Bruckner with a screenplay written by Ben Collins and Luke Piotowski and music by Ben Lovett.

Just in time for Halloween, the film will feature English, Spanish and French audio and subtitles and will be available on digital format on October 5th (UHD, HD, and SD) and on Blu-ray Combo Pack (Blu-ray + Digital Code) & DVD on October 19th. The Night House  is rated “R”. 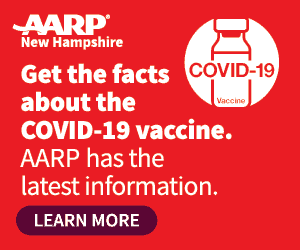 — “One of the best horror-thrillers of the year”– Mae Abdulbaki, Screen Rant —
View More