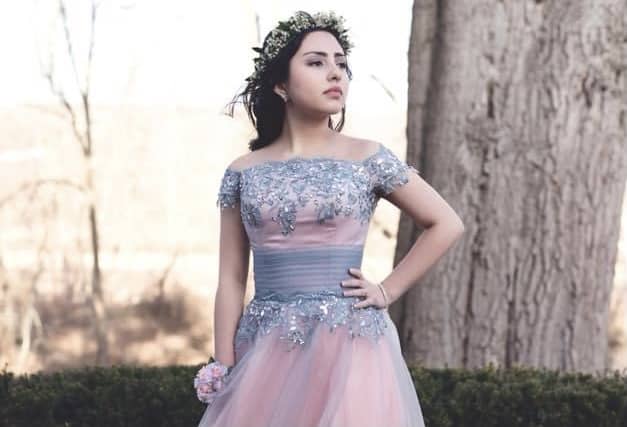 I literally saw a heavy weight lifting from my 12-year-old daughter’s shoulders and quickly felt a similar weight landing on mine.

My family and I were dining at a neighborhood restaurant, discussing the U.S. Supreme Court’s ruling in favor of marriage equality, making same-sex marriage legal across the country. The #LoveWins movement was a hot topic in the summer of 2015. In our family, we often talked about how to support the cause.

Then, sometime between the appetizer and the dinner’s main course, Isabella decided it was the right time to share with us that she is bisexual.

June is Pride Month, celebrating the increased visibility of lesbian, gay, bisexual, transgender, and queer people. I am sharing my family’s experience with the hope that it may help other families, especially Latinos, navigate often challenging waters in our community.

ALL YOU NEED IS LOVE

In a matter of seconds, I went through a barrage of emotions and grabbed on to pride and admiration for Isabella. Adriana, our son Esteban, and I turned the dinner into a celebration of Isabella’s courage. We reaffirmed our love and support for her.

“Time and time again, we hear the same thing from patients: ‘Once my parents are behind me, I can handle anything else the world throws at me,’” said Dr. Errol Lamont Fields, a specialist in adolescent medicine at Johns Hopkins University School of Medicine. “You’re their anchor, and your acceptance is key.” In the article, “Tips for Parents of LGBTQ Youth, Dr. Fields says research shows that LGBTQ adolescents supported by their families grow up to be happier, healthier adults.

Of course, I had millions of questions. I needed to process what had just happened and sort through my feelings. But at that moment, the most important thing for me was to blanket my daughter with love.

My wife and I have a transparent relationship with our children. They ask us a question and we answer it truthfully regardless of social taboos conditioning parents not to talk to their children (until a certain age) about subjects like sex.

By the time Isabella came out to us, we had already had the conversation about where babies come from. But that lesson, focused on biology, was framed in a Papa and Mama and heterosexual portrait. Now that we were talking about bisexuality in our nuclear family, I was lost.

A strong relationship with Isabella afforded me a safe space to learn. She didn’t beat up her old man too much when I asked ignorant — and at times stereotypical — questions. She knew I just wanted to better understand her.

She was at an age of self-discovery and relationship building that is challenging for any adolescent, and with the added challenges of being a person of color.

“We know a lot about how parents can influence the heterosexual teen’s sexual health, but we know very little about how parents can affect the sexual health of LGBTQ teens,” said researcher Michael Newcomb, associate director for scientific development for the Institute for Sexual and Gender Minority Health at Northwestern’s Feinberg School of Medicine, in an interview with the Chicago Tribune. “And in some ways, the same parenting practices would be relevant to LGBTQ teens, like talking to your kids about sex, monitoring who they’re hanging out with, who they’re dating, all those types of things.”

I know Isabella will go through highs and lows in life. But, like any parent, I am protective of her and don’t want her to suffer any harm, including prejudices for being bisexual.

That fear was quickly put to the test when she told me she was dating a young woman.

Some time had passed between Isabella’s dinner-time announcement and when she started dating. During one of our Daddy-Daughter outings, I was glad, and anxious, when she told me about a young girl she liked.

It was wonderful to listen to her speak about the person she was seeing; the excitement was written all over her face. She shared with me how they met, what they had in common, what made her special, about plans to go to the movies — and a potential first kiss.

I felt comfortable giving my daughter advice about relationships, but I failed in warning her about possible harassment they would face in public. There will be enough people throughout her life who will tell her what she can’t do as a bisexual woman, I wasn’t going to be one of them. Isabella was telling her Papa about an incredible life milestone. I wasn’t going to ruin her moment.

The night of her date, I was nervously waiting for her text asking me to pick her up from the movie theater. I wanted to know she had a great time and that she was safe. I worried what would happen if a bigot saw any public displays of affection. Isabella finally did text: The night met her expectations, including that first kiss.

On the way home after picking her up, I couldn’t help smiling as Isabella went through the details of the evening with all of the excitement of a young crush. The drive home was all about chatting with my daughter about the awkwardness and wonderment of a first date.

“Be curious about their life,” advises Dr. Renata Arrington-Sanders, Associate Professor of Pediatrics, Johns Hopkins University School of Medicine. “Get to know their friends and what they like to do. Ask them how their day went and if they learned anything interesting in school. If it’s like pulling teeth at times, don’t be discouraged. Children really do want to be able to talk to parents about what’s going on in their lives.”

From the start, Adriana and I discussed with Isabella a plan to share with the rest of our family that she was bisexual. The timing would be completely up to Isabella; we wanted to make sure she was comfortable telling others.

Coming out to your family can be difficult: More so in a strong Latino Latino family.

As a community caring deeply about family and friend relationships, LGBTQ young and old Latinx are often afraid to come out. It’s not just the chance of rejection, but also the desire to not offend anyone.

Isabella shared the fear of causing rifts in the family. She was less concerned about any individual rejecting her for being bisexual. I appreciated my daughter’s worry,

but I reassured her that she didn’t have to compromise for family or anyone else. Still, there was a part of me that shared in Isabella’s dread.

I was raised Roman Catholic, and like other Latinos, many of my family shares that religion. The Church has historically had a negative attitude toward queer identities, yielding condemnation of LGBTQ communities and forcing many to remain closeted.

My faith is strong, but I don’t follow some of the more conservative teachings of the Church – I wasn’t sure the rest of my family felt the same way.

Isabella celebrated her fifteenth birthday, her Quinceañera, in March of 2018.

The choice to host the Latino tradition of celebrating a young girl’s coming of age was her decision. Isabella, a third-generation Latina born in the United States, made a few adjustments to the cultural celebration so it would best reflect her essence. Understanding that a Quinceañerasymbolizes a transition from childhood to young womanhood, Isabella decided this was the moment when she would come out completely, to everyone.

The plan that we adopted was for my wife and I to reach out to close family and friends (many of whom were invited to her party). We’d share Isabella’s story during the 2017 year-end holiday season. We would be seeing many of them between Thanksgiving and New Year’s Eve (months ahead of Isabella’s birthday), providing the right opportunity for us to share the news.

You don’t really know some people until you’re with them in life-defining moments; I quickly discovered a deep commitment to Isabella in my circle of family and friends. Person after person; parents, sisters, cousins, aunts, uncles, and long-time friends were swift to send their support and love.

A highlight for me at Isabella’s Quinceañera, when I felt great pride, was seeing her dance, surrounded by cheering family and friends, as she waved a pink, lavender, and blue flag.

As lawmakers question the rights of transgender and gender-nonconforming youth across the country amid an ongoing pandemic, the Trevor Project revealed that an already vulnerable Latino LGBTQ population is at a high risk of suicide. The study found 18-percent of Latino LGBTQ youth reported attempting suicide.

Yes, providing support can be challenging at times. “Some parents feel so overwhelmed that they just throw up their hands and say, ‘I can’t do it.’ It’s a lot for parents to process, but don’t leave your kid in the lurch,” Dr. Sanders urges in her writing.

Don’t give up when your child needs you the most. “Remember, your child is having more difficulty with this than you are,” adds Dr. Fields, “and your duty as a parent comes first.”

If you’re struggling, you can reach out for help to many organizations, such as NAMI, ALMA, Johns Hopkins.

Love, as the Roman poet Virgil said, “Conquers all things.”

Love provided our family a foundation to learn and understand.

Love was put to the test.

In this article:LGBTQ, Pride Month 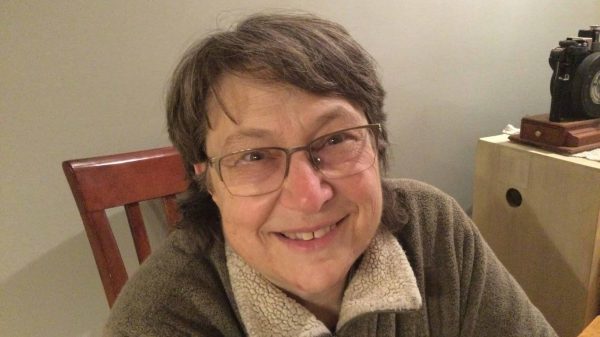 Executive Director of Seacoast Outright on supporting LGBTQ youth and their families.