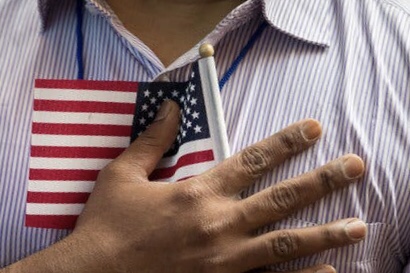 The Trump administration’s public charge rule, a policy making it far easier for the government to deny legal status to immigrants using or are deemed likely to use public assistance was set to take effect on Oct. 15, when federal judges in New York and Washington ordered a nationwide block and another judge in California halted the rule in select locations days before it was to go into effect.

The White House’s response to the rulings is in part that they disagree with the court rulings, adding that immigrants should be self-sufficient and Americans should not foot the bill.

Politicians, immigrant advocacy groups and the medical profession in Connecticut spoke out about its negative impact. In an effort to block the Trump administration’s changes to the public charge rule, Sen.
Richard Blumenthal, D-Connecticut, and fellow Senator Mazie Hirono of Hawaii introduced legislation in September.

The public charge rule would make it more difficult for immigrants who came to the country legally to get permanent residency if they’ve used public benefits such as food stamps, Section 8 vouchers or Medicaid.

The federal government could use this as a means to deny them a visa in the future by classifying them as public charges. Despite the temporary block, immigrants are not renewing their benefits.

“I was surprised because she’s a client who really needs those benefits and her children have consistently received them for many years,” Elizabeth Hasse, an immigration attorney with the Tahirih Justice Center in Houston told the Texas Observer. Hasse explained the Latina, a mother of four children was afraid that receiving benefits like Supplemental Nutrition Assistance Program (SNAP) and Medicaid could be held against her in the future, possibly leading to the denial of a green card.

Prior to the proposed change, health, nutrition and housing programs were excluded from the criteria, the federal government used to determine whether an immigrant was considered a public charge.

“Nearly 200,000 people in Connecticut will be harmed and their access to basic human needs like health care, food and housing will be jeopardized.”

“Fear, cruelty, brutality. That’s this administration’s approach to immigration. And as a result of these policies, we will be a smaller and lesser nation. The immigrants that this rule seeks to bar from this country are potentially the sources of scientists and teachers and doctors in a nation that thrives on diversity,” Blumenthal said.

In August, Connecticut joined New York in filing a lawsuit to stop the changes. The lawsuit, in part, alleges that the changes demonstrate the hostility by the current administration “against immigrants of color; it is the means by which immigrants from what this Administration has described as ‘s%$&hole’ countries will be excluded to the benefit of white, wealthy Europeans.”

Last month, Connecticut Attorney General William Tong filed a motion to seek a preliminary injunction to stop the Trump Administration’s public charge rule from taking effect. The motion argues that the rule would irreparably harm millions of legally-present noncitizens and their family members by deterring them from accessing public benefits they are lawfully entitled to receive.

The cost of assisting these legal immigrants with food and housing will fall back on the state of Connecticut, resulting in serious economic and
public health damage, Tong said.

In a statement, Tong said, “The public charge rule has instilled fear and chaos in Connecticut’s immigrant communities. If the Trump Administration is not stopped, nearly 200,000 people in Connecticut will be harmed and their access to basic human needs like health care, food and housing will be jeopardized. This is needlessly cruel and heartless and we are doing everything we can to stop this attack on immigrant
families.”

But Connecticut is not alone in the fight against the administration’s proposed changes. It is one of 20 states that have sued to block the public charge rule.

Massachusetts Attorney General Maura Healey also joined the lawsuit.
“This rule is designed to scare immigrants in Massachusetts and prevent people from accessing basic services for which they are eligible that keep our communities healthy and safe,” Healey said.

The Massachusetts Immigrant and Refugee Advocacy Coalition (MIRA) said the income expectations are “absurdly high” under the new public charge rule. The median household income is only $61,371, which means that only immigrants with incomes higher than half of the U.S. households can avoid close scrutiny as potential “public charges.”

According to MIRA, 30 percent of the population in Massachusetts is below 250-percent of the federal poverty level (FPL) and 15 percent is below 125-percent of the FPL. Among immigrant families, these numbers are 50 and 27 percent, respectively.

In order to meet the median household income, it would require two adults to each work 40 hours per week, earning $15 an hour in order to jointly earn $62,400. The current minimum wage in Massachusetts is $12 an hour.

A report by The Blue Cross Blue Shield of Massachusetts Foundation said the proposed public charge rule has the potential to affect a significant number of the Commonwealth’s residents who are noncitizens and family members of noncitizens — including citizen children.

The report said the scope of the proposed rule would likely dissuade some residents, both citizen and noncitizen, from using public benefits for which they are eligible.

This, the study said, is known as a “chilling effect.” There are approximately 507,234 noncitizens and 359,322 citizen family members of noncitizens currently in Massachusetts, according to the report. Of these, approximately 220,905 noncitizens and family members are below the 125 percent FPL
and may face a chilling effect from the proposed public charge rule. The result could be 22,000 to more than 77,300 people who could be dissuaded from participating in a public benefit, the report said.

In this article:Immigration, public charge rule 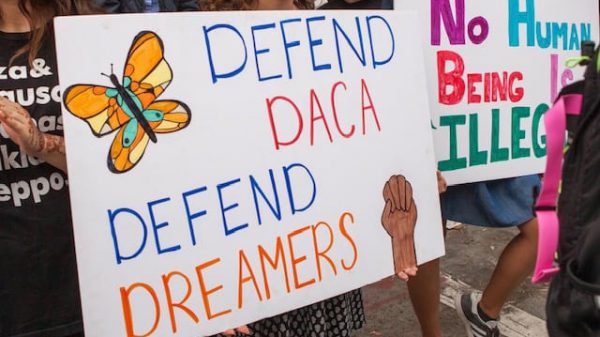 Relief, but uncertainty after SCOTUS blocks Trump from ending DACA

“It gives me some sort of relief, but there’s still uncertainty,” said Joseline Tlacomulco, a student at the University of Connecticut about the U.S....