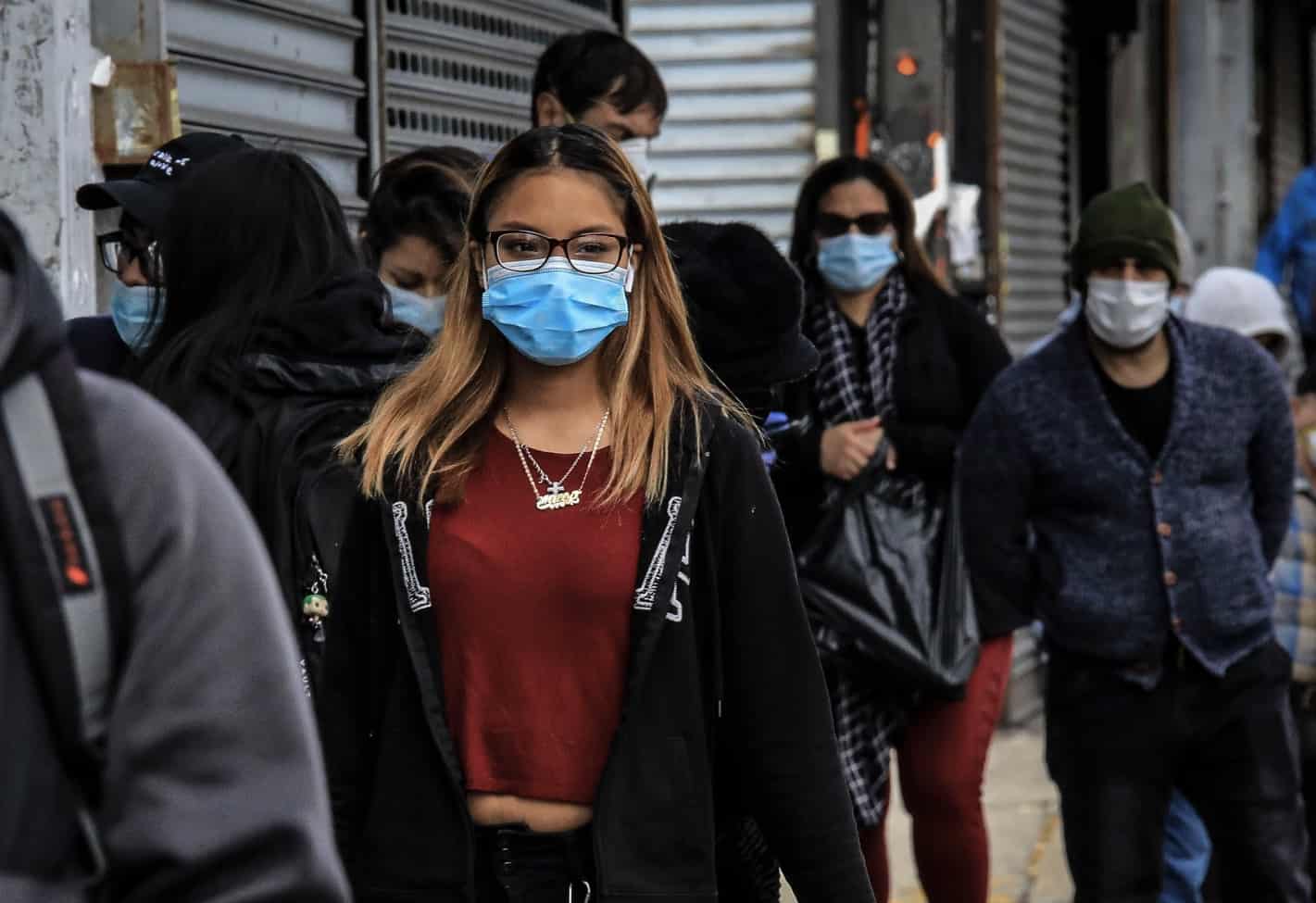 People wear masks and maintain social distance to help stop the spread of new coronavirus, while waiting in line to enter a store on 5th Avenue in Sunset Park, a Brooklyn neighborhood with one of the city's largest Mexican and Hispanic communities, Tuesday, May 5, 2020, in New York. The annual street festival parade marking Cinco de Mayo, an annual celebration held on this day to commemorate the Mexican Army's victory over the French Empire on May 5, 1862, was canceled this year due to COVID-19. (AP Photo/Bebeto Matthews)

Hispanics, Latinos make up 3.9% of the New Hampshire population, but as of the first week in June were 9.9% of confirmed COVID-19 cases. The Black community is 1.4% of the state’s population and is 6.6% of confirmed cases and climbing.

By contrast, Asians make up 3.1% of the state’s population and 3.0% of hospitalizations, according to the Concord Monitor – which may reflect their higher average socioeconomic status than other non-white groups.

However, a report by the state’s Department of Health and Human Services reveals that because of differences in age between ethnic, and racial groups – 87% of COVID-19 deaths are white people over the age of 70.

State officials were also reporting that the state’s Black population was only 26% more likely than whites to die from a coronavirus infection when in fact their likelihood of death is 2.5 times as high.  The death rate for Hispanics is now calculated at 67% higher than non-Hispanic whites.

Why the change? And why were they getting it wrong?

Health officials recognized that the daily figures being released by the governor’s office weren’t a true reflection of the impact of the disease on the populations outside of nursing homes, where 60% of Connecticut’s COVID-19 deaths have occurred. Yale Public Health Epidemiologist Albert Ko, who chairs Governor Ned Lamont’s advisory group on reopening the state, said the daily reports did not jibe with the number of Blacks and Hispanics who were reported hospitalized at more than twice the rate of whites.

Even before this pandemic, people of color were more likely to live in poor health than their white counterparts and, for black residents, to die younger. These differences are not accidental, nor are they the result of biological differences between people of different races. Instead, they reflect differences in the opportunities and barriers to being healthy – differences that are rooted in structural racism and bias.

There has been much reporting on the reasons people of color have been especially vulnerable to COVID-19. These include higher rates of underlying conditions, including asthma and diabetes, as well as economic factors, such as being less likely to have jobs that allow for working from home, potentially increasing their exposure to the virus.

As this disease unfolds, it is important to recognize the roots of these disparities. These include differences in access to health care, unequal treatment within the health care system, unequal access to resources such as stable housing and healthy food, and personal experiences of discrimination and racism that have lasting physical and mental health consequences.