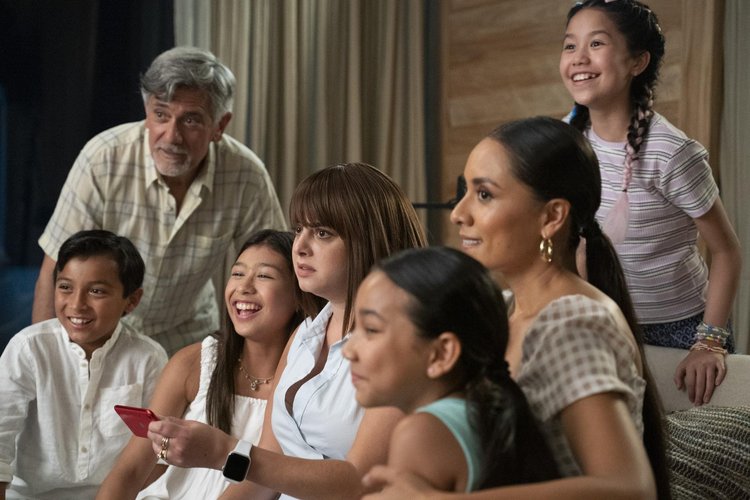 Publisher’sNote: Everything For The Family was first published on palabra.

New Hampshire Latino News, one of five independent news outlets managed by the Latino News Network, is partners with palabra. in best serving the Hispanic-Latino community.

The Garcia brothers are back, and the timing couldn’t be better. Fans of the award-winning Nickelodeon teen comedy series, “The Brothers García,” will remember Larry, Carlos, and George Garcia, who along with their sister Lorena and parents Ray and Sonia, made history as the beloved characters of the first U.S. English-language TV sitcom featuring an all-Latino cast and creative team. Now, more than 20 years after the show’s debut, the fictional San Antonio, Texas, family is making history again–this time as “The Garcias,” premiering on HBO Max, on April 14.

“We wanted to bring it back because there hadn’t been another show like it since,” said showrunner Jeff Valdez, the co-creator of “The Brothers García,” and who, along with global communications executive Sol Trujillo, is executive producer of “The Garcias.” The two are also co-founders of New Cadence Productions, which produced the new series.

“The Garcias” came to life after Valdez’s seven-year quest to obtain the rights to the original show from Nickelodeon. “The Brothers García,” had been highly popular, airing from 2000 to 2004 in more than 40 countries. A breakthrough finally came three years ago when there was a change in studio management. “I went to Viacom and said, ‘This is crazy,’” Valdez recalled. “It’s sitting on the shelf, and we have no shows for Latinos. It’s not just for Latinos–it’s universal. It’s a family show.”

For creator, Jeff Valdez, “The Garcias” is more than just about entertaining an audience. The show represents his deeply personal mission to portray Latinos as “regular” people. The goal is to counter the largely negative image of Latinos in mainstream media. “We’re people just like anybody else, and we’re fun,” Valdez explained. “There’s no crime in this show. There are no border walls. There’s not even the mention of immigration,” he continued. “We are not making programming. We are making deprogramming. That’s really important to understand. Because if we did programming, there would be nothing normal on this show.”

Now the episodes have all been produced with the original cast members reprising their roles in “The Garcias.”

“It feels amazing,” said Bobby Gonzalez, who plays George Garcia. “You’d think that a twenty-year gap would have made a big difference. But as soon as the original cast was back together, it just felt like home–immediately.”

“To be able to work on something you really love is a blessing,” said Ada Maris, who plays family matriarch, Sonia Garcia.

In the reboot, the family has expanded greatly. Viewers get to follow the lives of the now-grown Garcia siblings, their spouses, children, and parents as they vacation for two months at a beach house in an upscale part of  Mexico. “By having a U.S. Latino family in Mexico, we are showing that we are American,” Valdez said.

“To renew my relationships with the original kids who were 12 and 13 and are now in their thirties, was great,” said Carlos Lacámara, who portrays Ray Garcia, the father and grandfather of the family. “For me it was like we had a long weekend, and we just got back together, doing the shows again.”

In the idyllic resort-like setting, three generations of the Garcias enjoy adventure and discovery while learning what it takes to be a family. They come face-to-face with their cultural identities as they laugh, cry, and squabble good-naturedly, all the while never forgetting the family motto: Everything for the family–Todo para la familia.

“We’ll go through rough times. We’ll get into fights,” said Gonzalez.  “But at the end of the day, we’ll always love each other.”

“Todo para la familia,” said Vaneza Pitynski, who plays Lorena Garcia, the sister in the family.  “That is what the show is about: who has your back when you’re down. In the end, it is about a successful, hard-working Latino family that really cares,” she said.

Cast members say the family-centric values found in “The Garcias,” storyline were also evident in their work environment. This, they say, was in stark contrast to what they had experienced on some other productions.

“It is such a relief to be able to just be a human being, and not have to play the stereotype of a Latino written by someone else,” said Lacámara. “For me, being part of this was liberating.”

“We just get to be ourselves. It’s just wonderful,” added Maris.

“In the end, the show is authentic. It’s not a non-Latino trying to tell a Latino how to do things, and we are very proud of that.”

“The Garcias” is also groundbreaking for introducing cultural diversity to the series. Carlos Garcia’s wife is Korean American, and the couple has two daughters.

“Honestly, I think it is really great that the show includes the Asian and Pacific Islander community,” said Elsha Kim, who plays Yunjin Huh Garcia. “I’ve had multiple people approach me and say, ‘You know, 20 years ago, it might have been a Latina.’ (But) there are so many mixed families now. If you look around, this is what families look like. Families aren’t all just one color,” Kim said.

Valdez predicts that the show will resonate with viewers because he and his creative team had complete artistic control. “In the end, the show is authentic. It’s not a non-Latino trying to tell a Latino how to do things, and we are very proud of that,” Valdez said. “I would challenge anybody in town to show a credit roll with more Latino names on it than ours. We’re 92%.”

Valdez has high hopes for “The Garcias,” and believes it could pave the way for other Latino-themed programs. In fact, he says he has at least five spin-offs in mind that his production company plans to market. But as Jeff Valdez will tell you, it all starts with the success of this new series. “Watch the show because the Garcias are coming.”

palabra. continues its conversation with Jeff Valdez, who is credited with pioneering the English-language Latino market in American television. The award-winning Colorado native has been producing, directing, and writing in TV and film for more than 25 years.

His answers  have been edited for clarity and space.

palabra.: What are the reasons you brought the Garcia family back?

Valdez: “It’s really about family dynamics. Every episode has a universal theme. Every episode has a lesson learned in it.  There’s this richness to the show that people can re-embrace. After coming out of two years of Covid, God knows they can use a little love right now.”

palabra.: Considering that a lot of Latino-themed shows have been canceled, what is the significance of “The Garcias” coming along at this point in time?

Valdez: “Executives have said that Latinos don’t support their own shows. But there are so few. The solution is to have more than one a year. The business part of it is that it isn’t social justice.  You shouldn’t do this because we are victims and we are owed this. You should do it because this is smart business. We’re 2.8 trillion dollars as a GDP.  If your company doesn’t embrace the U.S. Latino market, you won’t be in business in 10 years.”

palabra.: Why is it important to normalize the portrayal of Latinos in the media?

Valdez: “The sad part is that when you look at U.S. Latinos, everything we see on TV is (that) we are crossing a border. And when we see Mexico, it’s always got this really grainy, yellow filter on it. The Mexico I know has got amazing museums.  (My family and I) were in Mexico City just two weeks ago. The food blows anything in L.A. away.”

“But the best way to answer your question is that when we first screened “The Brothers García,” a young Latina said afterward, ‘Thank God there’s a show that confirms my normalcy.’ I‘ve never lost track of that and I dedicate everything to that young girl.”

Cover Photo: The Garcias continue their journey of self-discovery and family bonding while on a long summer vacation. Photo Courtesy HBO Max.

Saida Pagán is a Los Angeles-based journalist and the recipient of a first-place award for entertainment reporting in the 2022 National Arts and Entertainment Journalism Awards competition. In 2021, she also received two first-place awards from the National Association of Telecommunications Officers and Advisors for a documentary on the history of Los Angeles. Pagán was born and raised in New York City, and is of Puerto Rican heritage. She has worked as a newscaster for television stations across the United States, and has appeared in nearly 100 primetime television programs, major motion pictures and other media projects. Her TV news series on the challenges of ethnic actors titled, “The Color of Movies,” won a Golden Mic Award and was placed in the archives of SAG-AFTRA following a special ceremony honoring her work. Pagán holds a master’s degree with distinction in Strategic Communication and frequently conducts webinars on various aspects of media and communication. 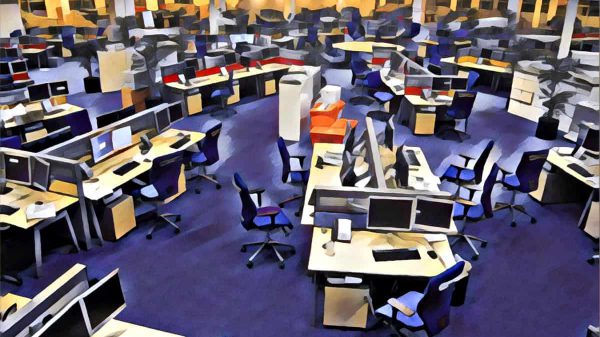