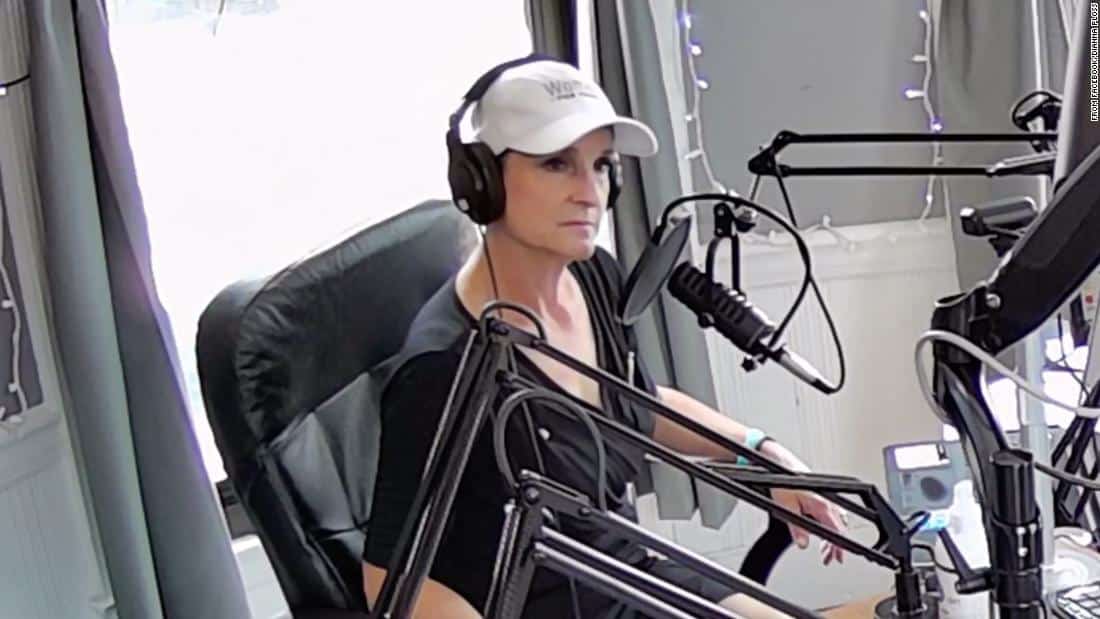 Dianna Ploss, a conservative New Hampshire talk radio personality is off the air after a video she filmed was widely shared where she is heard yelling at and questioning landscapers for not speaking English.

Later in the video a man questions why Ploss was “harassing” the workers. She then says to the camera, “He’s a Black man and he’s going to protect the brown man from this White woman whose practicing White privilege because she happened to walk by and heard this guy talking to all of these guys doing this work in Spanish.”

Ploss appeared on her own show “The Dianna Ploss Show” on WSMN 1590 on Monday and Wednesday afternoons.

In a statement, Bartis-Russell Broadcasting, LLC which owns WSMN said: “Dianna Ploss is no longer associated or affiliated in any way with  WSMN or Bartis-Russell Broadcasting, LLC. We at WSMN value freedom of speech,  freedom of expression, and assembly. We will not tolerate discrimination,  racism, or hatred. We continue to present and offer on-air opportunities for discussion, education, and the exchange of opinions and ideas.”

Ploss is a supporter of President Trump calling herself an “America First Activist,” she hosts weekly shows on Facebook Live and leads the group “Massachusetts 4 Trump.”

Publisher’s Note: State law says English is the official language of New Hampshire, but only for official state business, documents, and proceedings.