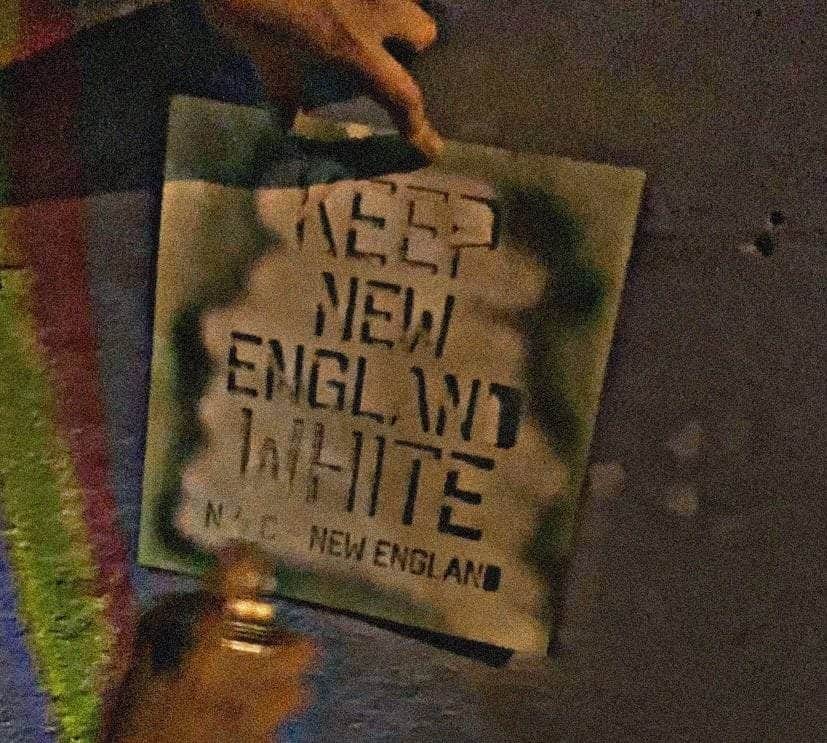 In response to a white supremacist group’s threats against a Latino state representative, Nashua community leaders are organizing a unity rally this week.

“I have been discriminated against many times; someone said to me that my family doesn’t belong here, but I believe I have a lot to do for the people of New Hampshire and I’m not going to give up”, said State Representative Maria Perez of Milford.

Perez will be attending the New Hampshire United Against Hate meeting scheduled on Wednesday at six in the evening at Greeley Park in Nashua.

The event comes after a post by the Nationalist Social Club, a self-described group of white nationalists threatening state representative Manny Espitia of Nashua.

According to screenshots on social media, an anonymous NSC 131 (as the Nationalist Social Club is also known) posted last month: “Anyone w/ a name like ‘Manny Espitia’, State Rep or not, has no moral right to throw shade at any true (White) Nationalist New Hampshirite. You have no right to be here, you’re an occupier here & the days of these types trampling on New England are coming to an end.”

The threat came after Espitia posted photos of NSC 131 graffiti he found in his Nashua neighborhood on Twitter.

“For folks who think that we live in a “color blind society” you’re absolutely wrong” Espitia wrote. “This was done in my district and in mostly Latino neighborhood.”

“No person should ever be threatened because of race, ethnicity, nationality, or their identity,” Espitia wrote again on Twitter after being threatened. “I will continue to fight against racism in our world. I won’t stop because of Neo-Nazis.”

New Hampshire is among the states with the fastest increase of Hispanics-Latinos in the nation. The Granite State is home to nearly 40,000 Hispanics-Latinos; a 48-percent increase since 2010. Most of them live in Nashua making up nearly 13-percent of the population.

NSC 131 first emerged in late 2019, was founded in eastern Massachusetts and its members are tied to violent Neo-Nazi groups.

The racist and anti-Semitic threats in Nashua come following a series of other visible actions taken by NSC members across New England during the past year, reports NHPR. In March, members of the group staged a rally in Brattleboro, Vt., where they carried signs and reportedly shouted racist messages. Last summer, members of the group waived a flag with a Nazi-related symbol outside the Massachusetts State House in Boston, according to the Boston Globe.