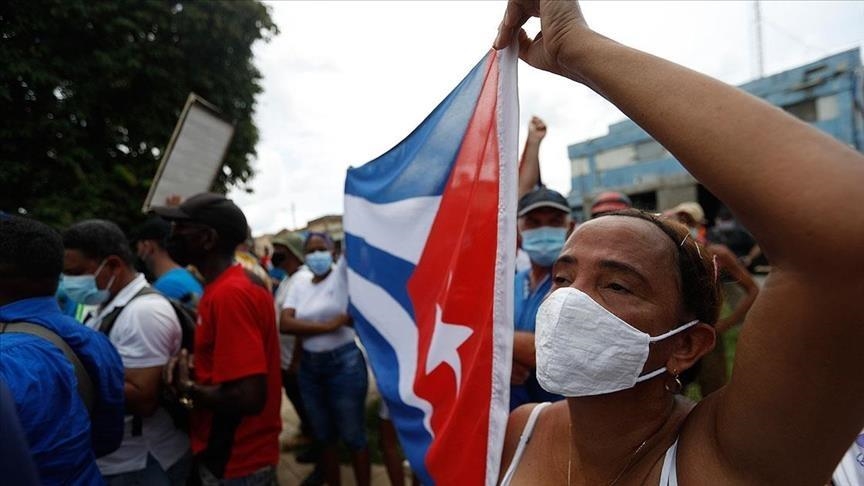 Publisher’s Note: The massive anti-government protests in Cuba, ongoing protests in the United States by Cuban Americans over shortages of food and other basic necessities is an unprecedented economic crisis spurred on by the coronavirus pandemic.

Boris Q’va is a Cuban native, naturalized U.S. citizen who knows firsthand the protester’s demand for change of the island nation’s communist government.

The Latino News Network intern shares his thoughts on the Cuban government’s continued use of the U.S. as a scapegoat for decades of failed domestic policies.

The Cuban regime accuses the U.S government of instigating the July 11 protests. These false allegations are flat-out disrespectful to the Cuban people insinuating they are not capable of thinking or acting for themselves.

Miguel Diaz-Canel blames the historic demonstrations on the Biden administration, calling new U.S. sanctions the main reason for the social unrest. But the response from the White House came more than 10 days after the Cuban National Revolutionary Police crackdown on peaceful protestors. So, how is it possible the U.S. sanctions were the factor of the uprising?

Biden’s response to Cuba target Alvaro Lopez Miera, the head of the armed forces in Cuba, and the Cuban Ministry of the Interior’s Special National Brigade for violating the human rights of pro-democratic demonstrators in more than 40 cities across the island.

Growing up in a constant state of fear

“There is a Walt Disney narrative of a bad government and people fighting for their freedom — stereotypes that scare anyone who has never set foot in Cuba — because of their arrogance and disregard for the truth,” remarked Deputy Director for U.S. affairs at Cuba’s Ministry of Foreign Affairs Johana Tablada in an interview with the Associated Press. Tablada calls Biden’s decision a justification to wage “war” on the Cuban government; a common negative narrative ingrained in the minds of the Cuban people.

Having been raised in Cuba, I can attest to that type of brainwashing from an early age. I remember teachers telling me and my fellow students that we were in a constant war with the United States. They would say things like, at any point, the U.S. Army will arrive on our shores to invade our country. Imagine a teacher instilling this type of fear over and over again in your child’s classroom. How would you react? This common form of mental abuse was the primary way Fidel Castro’s regime controlled people’s lives after driving out dictator Fulgencio Batista in 1959.

“That’s their justification! Everything that comes their way from the United States is a war or the embargo,” explains Barbaro Gonzales, a Cuban Computer Engineer resident of Providence, Rhode Island. He explained how the Cuban regime blamed the U.S. embargo or the Cold War for the island’s economic and infrastructure failure.

Those actions did contribute to the social discontent that ultimately drove people to protests in recent weeks, but, the failure of Cuban officials to care for the people cannot be overlooked.

U.S. actions do not prevent Cuba from trading with the rest of the world. Every sanction on the embargo deals directly with the trade relation between Cuba and the United States. A 2019 study of the World Integrated Trade Solution (WITS) found Cuba traded with more than 80 countries, including China and several countries part of the European Union.

“The actual blockade is the one that they have with the people,” Gonzales explains referring to the Cuban regime.

“The U.S embargo doesn’t prevent Cubans from fishing, growing, selling their product whenever they want, or even creating their own small business. The Cuban Dictatorial Communist regime does,” said Florida Republican Senator Marco Rubio. “There is only one blockage in Cuba and it is the blockage that the regime has imposed on its people.”

The string puller that is the Cuban regime is solely responsible for the failure of the country’s economy. For 62 years, we, the Cuban people have been used as cheap labor to fill the pockets of government officials, while pushing us to extreme poverty. I remember how my father struggled with the idea of the Cuban regime pulling resources from the development of agriculture and putting it towards tourism—leaving the country without the most critical industry for people’s survival. The government felt the island was better off importing products from other countries rather than producing them on their land.

The biggest mistake happened years before the downfall of the country’s agriculture. It is when Castro’s government confiscated more than 300 private companies taking total control of the Cuban economy. After years and years of economic deterioration, the Cuban regime allowed people to start small businesses, but the taxation was so high that it discouraged many. The few businesses that did manage to start are disappearing.

Cuba is stuck in a world that disappeared 30 years ago.

For the Cuban regime to once again blame the country’s economic crisis and subsequent civil unrest on the United States is a tired tactic that deflects decades of failed policies, ignoring the people’s cries for freedom.

Boris Q’va is a journalist focusing on Race, Ethnicity, and Culture. The Cuban native is a member of the National Association of Hispanic Journalists (NAHJ) and the Society of Professional Journalists. Q’va is studying for a Master’s Degree at Full Sail University. 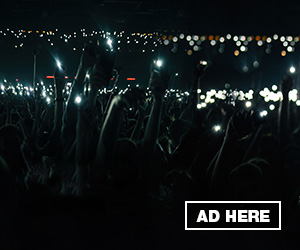 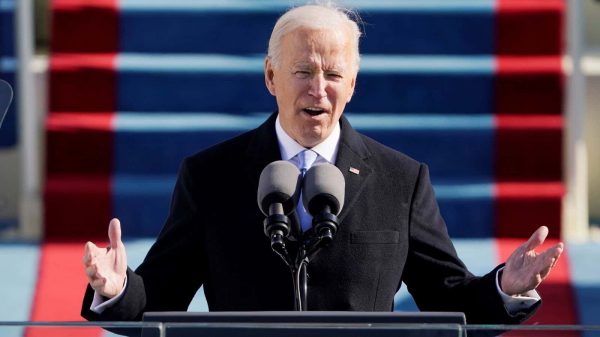 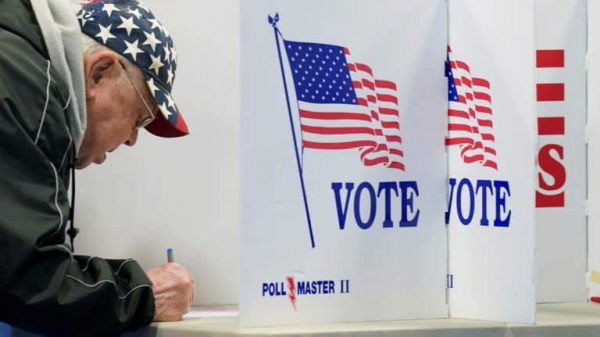 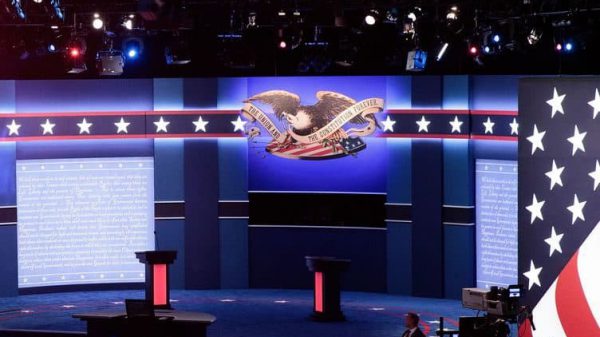 Latinos left out of the presidential debates

The Commission on Presidential Debates announced on Wednesday the moderators for the upcoming three debates between Joe Biden and Donald Trump and one between Kamala Harris and Mike Pence. Once again, Hispanic...