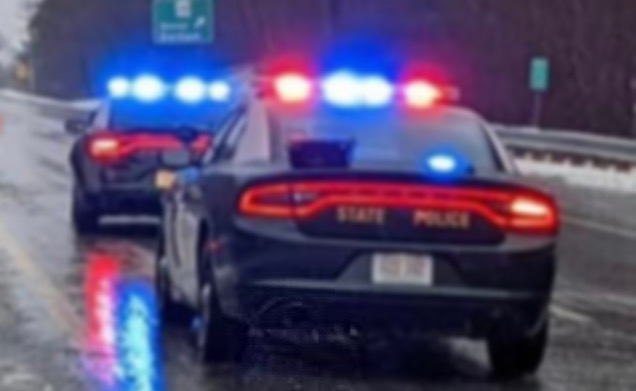 Michael Vazquez didn’t know why a New Hampshire state trooper was pulling him over one afternoon in August 2018. He’d been driving his BMW on Interstate 93 in Salem, doing the speed limit.

Trooper Michael Arteaga told Vazquez he was tailgating another vehicle. But he had other reasons for the stop.

Arteaga was a member of a specialized unit whose chief mission isn’t traffic safety, but looking for drug traffickers on New Hampshire’s highways. He made what’s called a pretextual traffic stop because he thought the car might be involved in criminal activity.

A pretextual traffic stop occurs when a police officer stops a vehicle in order to conduct a speculative criminal investigation unrelated to the motorist’s driving, and not for the purpose of enforcing the traffic code.

It’s a workaround because state and federal constitutions bar police officers from stopping and investigating civilians on nothing more than a hunch. But motor-vehicle violations are so common that an officer can usually find a legal reason to pull over just about any car, then probe unrelated suspicions.

Police often say such stops are an important tool for seizing drugs and guns. But, research has found the practice leads to significant racial disparities, with police disproportionately stopping and searching Black and Latino drivers.

State officials have celebrated the Mobile Enforcement Team’s many arrests and drug seizures, dismissing critics’ concerns as based on a handful of cases that have spilled into public view. At times, they have denied troopers were trained to use pretextual stops.

In 2020, advocates like the ACLU, brought the issue before the Commission on Law Enforcement Accountability, Community and Transparency (LEACT) — formed by Gov. Chris Sununu after George Floyd’s murder to consider changes to policing — raising concerns about civil liberties and disproportionate impacts on drivers of color.

“In 2019, the Division of State Police issued its Fair and Impartial Policing policy, which aims to prevent and prohibit the practice of biased policing and other discriminatory practices in any law enforcement-related activity involving a member of the Division,” Tyler Dumont, a department spokesperson, said in the statement. “Additionally, all new recruit troopers now attend a multi-day implicit bias and procedural justice training at the police academy.”

Police in the United States have used pretextual stops since at least the 1980s, when the DEA began training state and local officers to spot cars that fit supposed “drug courier” profiles. At times, officers were taught to look for explicitly racialized characteristics, like someone with dreadlocks or two Latino men in a car.

The reason he gave in his report: Vazquez was tapping on the brakes to stay in his lane rather than speeding up to pass.

Publisher’s Notes: this is an aggregate story from:

‘Why did I get stopped?’ How N.H. state troopers use minor traffic violations to search for drugs

In this article:Latino motorists, Pretextual stop