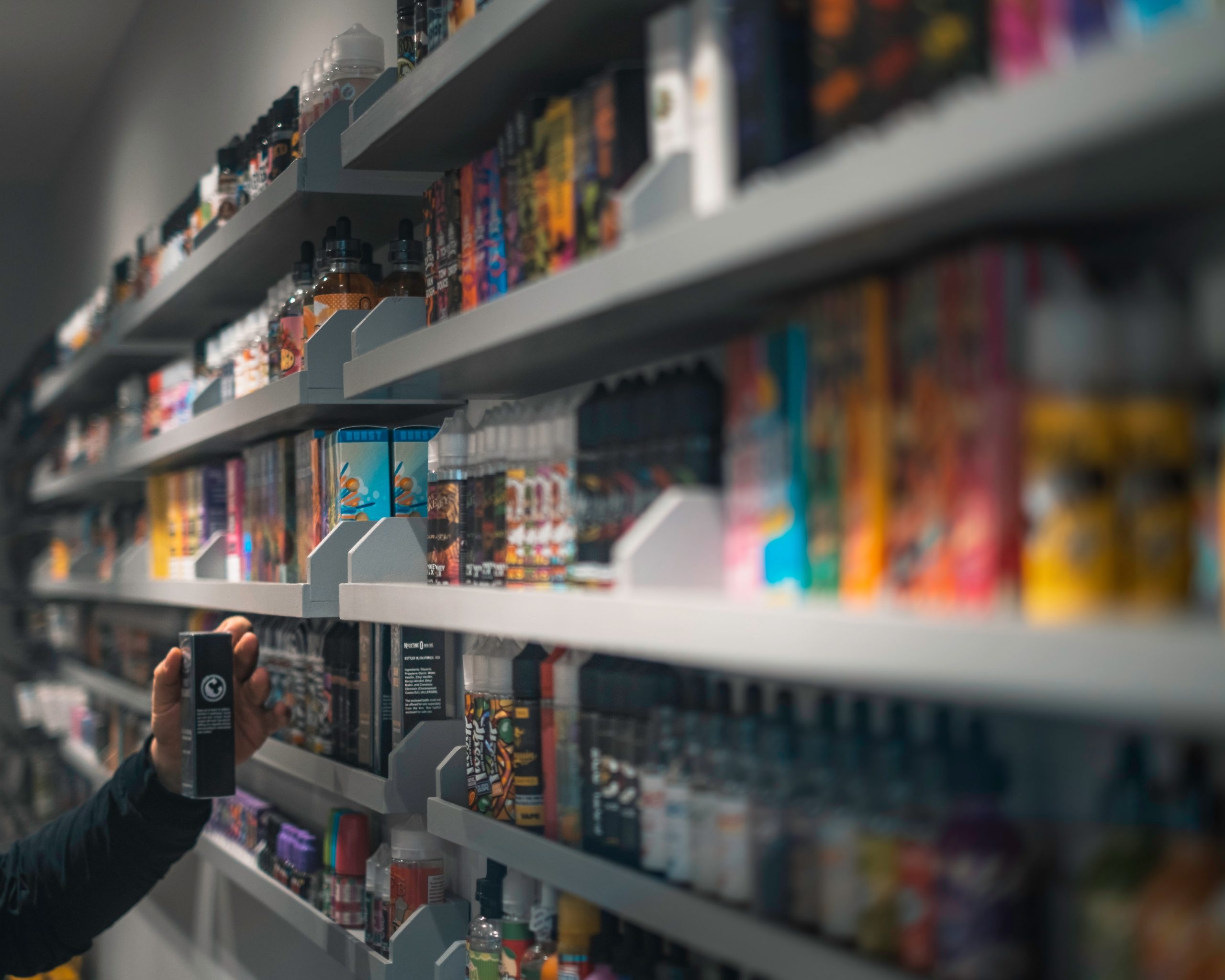 Unless you’re in a Las Vegas casino, smoke-free public spaces have become the norm. Gone are the days of Joe Camel and the Marlboro man. With seemingly less representation in advertisements and TV shows, smoking generally seems to be a thing of the past.

However, experts say this isn’t necessarily the case. While the number of cigarette smokers is down – from 20.9 percent of U.S. adults in 2005 to 12.5 percent in 2020 – smoking of e-cigarettes and vaping is trending upwards.

According to the New Hampshire Department of Health and Human Services (DHHS), 43 percent of New Hampshire twelfth grade males reported using electronic vapor products at least one day during the 30 days leading up to a 2019 Youth Risk Behavior Survey.

While nationally 27.5 percent of high school-aged youth said they used an electronic vapor product during the 30-day cycle, the number reached 34 percent for New Hampshire youth, according to DHHS.

“The kids are getting into a vicious cycle,” said Kim Coronis, policy and program manager of Breathe New Hampshire, citing the addictive nature of nicotine existing in vape products.

New Hampshire law prohibits the sale of e-cigarettes or e-liquids to anyone under the age of 21, although reporting by New Hampshire Public Radio showed that vaping is common even inside New Hampshire high school bathrooms. Students told NHPR that it’s easy to get vape products through older friends or stores that don’t ask for identification.

A national report by the Truth Initiative found that generally Black and Latino youth expressed higher levels of distrust for the tobacco industry. Only 3.8 percent of Hispanic-Latino high school students use cigarettes, but still, 23.2 percent use e-cigarettes.

Some groups cite the flashy design of e-cigarettes and the variety of candy-like, sweet flavors of vape liquids are what make the future of e-cigarette consumption dangerous.

“These are clearly being marketed towards a very specific demographic, and that demographic is youths,” said Dr. Jacob Kaslow, pediatric pulmonologist at Monroe Carell Jr. Children’s Hospital at Vanderbilt.

And while youth’s distrust for big tobacco tends to deter them from smoking cigarettes, many teens are not aware that vapes contain nicotine.

“This is vastly different than their understanding of cigarettes, right? Every child knows that cigarettes are bad,” said Kaslow. “That’s just been sort of ingrained in our public health ethos now, but this has not been the case or currently is still not the case for e-cigarettes.”